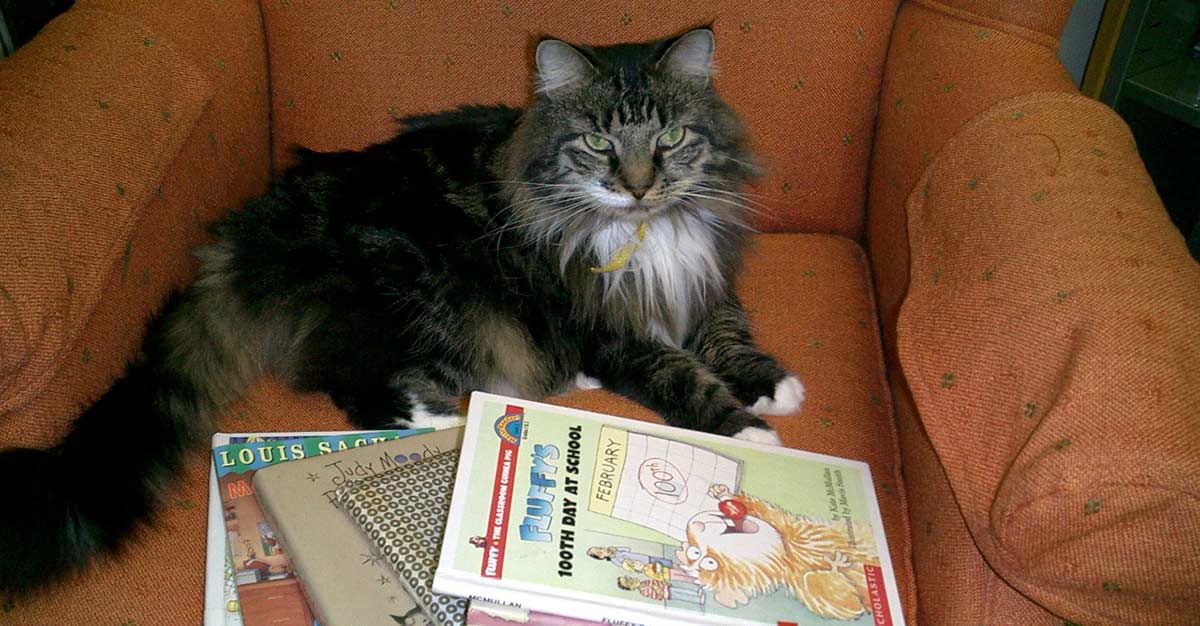 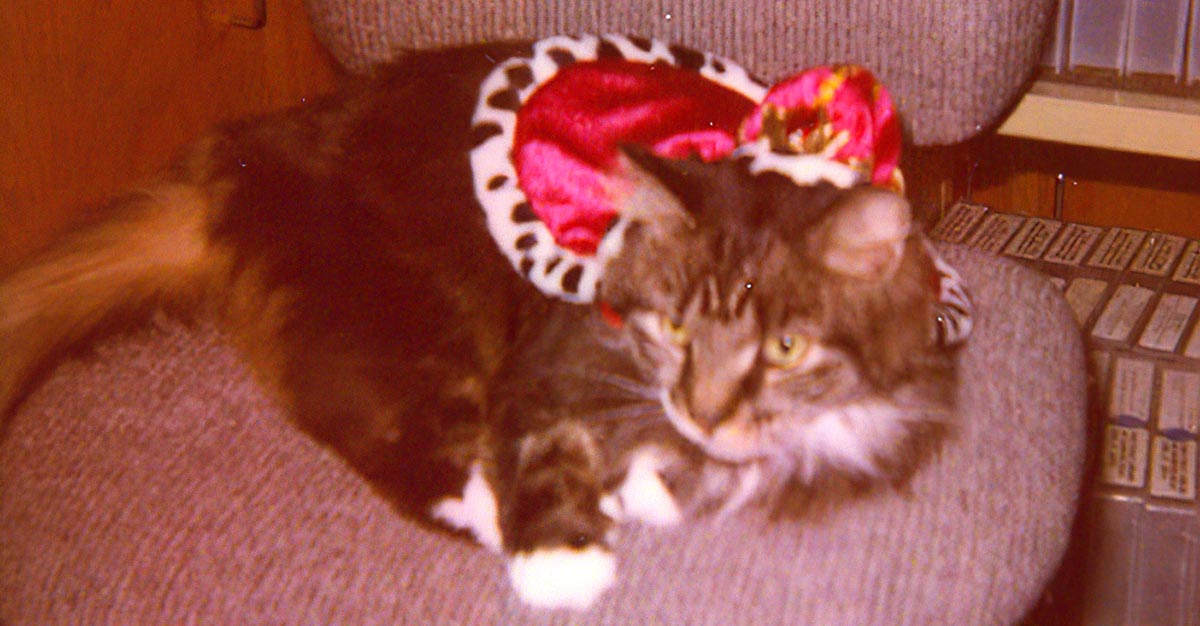 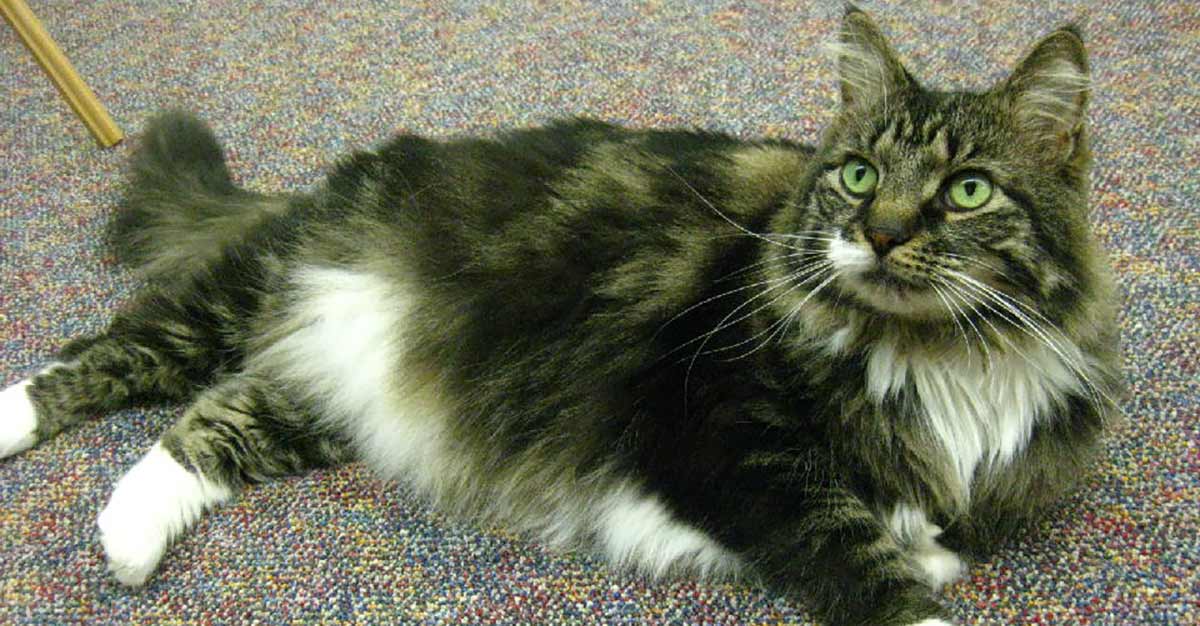 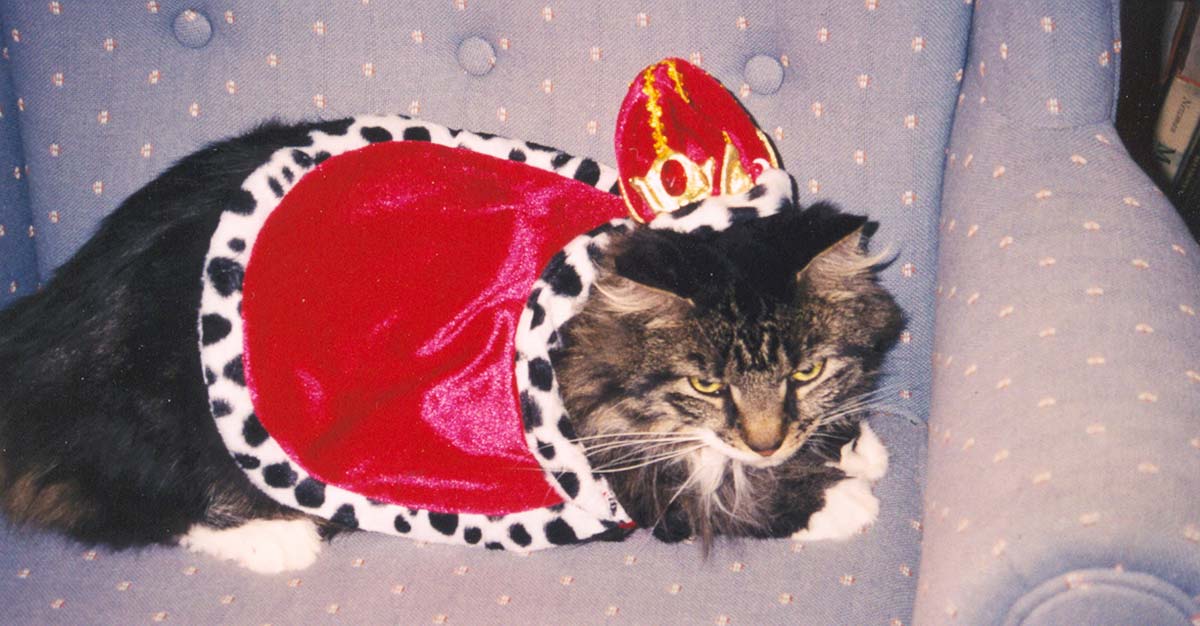 It is with great sadness that we must announce that our beloved Emma passed away on February 27, 2014. Our hearts are broken. She brought joy and laughter to our library and our community for 11 years. There was no better library cat in all the world, and she will be forever missed.

Emma the cat (formerly known as Nina) came to the Lyme Public Library in February 2003 from a local animal shelter. Within a few days she settled in and let everyone know she was in charge! In June 2003, the library held a party to choose a new name for her. She came with the name Nina, and some library staffers persisted in using that name. She didn’t seem to mind. At the party, our library patrons chose the name Emma, and that became her official name. However, you frequently heard people refer to her as Queen Emma (or Queen Nina), Her Royal Highness or The Boss!

Emma’s favorite place was the stool at the circulation desk. She liked to sit (or sleep) there and supervise library activities. If anyone on the library staff dared to sit in that stool, Emma would sit and stare at them until they moved! It was also a prime location to get lots of attention and stroking from patrons who came into the library.

Emma captured the hearts of library staffers (including the Library Director who frequently made a fool of herself over Emma), patrons, and the town residents. Her many friends and admirers (or subjects, if you wish) brought her toys and treats and generously donated toward her food and care. She was friendly, affectionate, and a wonderful companion. Emma greeted the library staff as they arrived for work in the morning and let them know that all was well, she welcomed patrons and guests to the building, and more than anything, Emma made the Lyme Public Library a wonderful place to work and to visit.

Emma became famous. She has her own chapter in the book Working Cats of Southern New England by Barbara E. Moss and Melissa E. Moss, and she appeared in the February 2010 issue of Cat Fancy Magazine. In February 2013, Emma celebrated her tenth anniversary at the Library. In June of 2013, she was chosen as Library Journal’s very first Library Cat of the Month.

Children’s and YA ProgramsAre you good with technology? Would you like to volunteer as a “Tech Volunteer” at the Lyme Library?